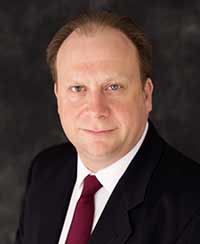 Mark Largent is an historian of science, technology, and medicine, and he currently serves MSU as the associate provost for Undergraduate Education and dean of Undergraduate Studies. He joined MSU in 2005 as an assistant professor in James Madison College, where he directed the science policy minor and taught for eleven years.

Professor Largent’s research and teaching focuses on the role of scientists and physicians in American public policy. He has published books and articles on the evolution-creation debate, the professionalization of American biology, Darwinism, the history of the American eugenics movement, and recent debates over compulsory vaccination. He is the author of Breeding Contempt: The History of Coerced Sterilization in the United States (2008), Vaccine: The Debate in Modern America (2012), and Keep Out of Reach of Children:  Reye’s Syndrome, Aspirin, and the Politics of Public Health (2015).

Prior to his current appointment at MSU, Professor Largent was interim dean of Lyman Briggs College, associate dean of Undergraduate Education, and director of learning analytics in the Hub for Innovation in Learning and Technology.